Alzheimer 8 Ways to Promote Sleep for Alzheimer’s Patients; One of the most common conditions that elderly patients have to deal with is Alzheimer’s disease.

Alzheimer’s disease is known for its memory loss and once a person reaches his or her 60s, risk of becoming affected rises significantly.

By 2050, 1 out of 8 individuals are predicted to have Alzheimer’s and according to studies, Alzheimer’s ranks 6th as the leading cause of death in the US. Almost 1 out of every 3 elderly patients die with some type of dementia.

Considering the prevalence of the disease, it is important that proper medical and nursing care are given towards its expected symptoms and setbacks.

One of the most frequent inconveniences that Alzheimer’s sufferers have to deal with is trouble sleeping. It is common for people with both dementia and Alzheimer’s to be restless during the night and feel lethargic during the day. Given the importance of sleep in any age group, it is a good idea to know how to promote a deep and restorative sleep.

How do you help an elderly patient with Alzheimer’s get back to a normal sleeping schedule? Here are some effective ways to fix such problems for a senior affected by Alzheimer’s disease.

Finding out what exactly is ailing someone who cannot sleep is easier said than done.

There are countless things to look into if you are the caregiver of someone with Alzheimer’s disease.

One of the most common disorders you need to check for is sleep apnea.

Sleep apnea is a common malady among older individuals, recognizable by pauses in breathing due to an obstruction somewhere in the nose or throat.

The lack of air causes the person to wake up frequently, interrupting their REM cycle. When you combine something like sleep apnea with Alzheimer’s disease, you can expect your patient to have restless nights.

Depression is another reason many people are unable to sleep at night.

For those with dementia or Alzheimer’s disease it is important for them to maintain constant social interaction.

Depression is hard to combat, especially when all they can remember are loved ones who have already passed away.

The design of the patient’s room with Alzheimer’s should be free from any type of light during night time. In some facilities, the color of the room is adjusted appropriately in order to not stimulate the brain before bedtime.

According to the latest research regarding light therapy, violet is the best color to promote drowsiness.

Light therapy carries over into the morning hours as well.

Waking up with adequate light allows the body to re-adjust its circadian clock, making it easier to get out of bed and stay awake for the rest of the daylight hours.

Patients with Alzheimer’s have a very difficult time falling back asleep if they are woken up for any reason.

Nurses and doctors should coordinate with each other in order to design a schedule that promotes sleep for the patient.

Also, be aware of the side effects of medication because there are some that will leave a stimulating effect, making it hard to sleep if that medication is taken at night.

Some caregivers, unwittingly, think to provide sleeping pills to counteract the side effects of some medications.

This is not a good idea for multiple reasons.

Hypnotics or sedatives usually exacerbate the patient’s confusion and can increase their risk of falling because people are known to sleep walk.

Physical activity that stimulates neuromuscular movements for your Alzheimer’s patient is important.

People who suffer from Alzheimer’s need mental and physical exercises, but it is encouraged to schedule all of these activities at the start of the day.

Caregivers should help the patient wind down by decreasing the number of activities as it gets closer to bed time.

Too much activity at night can leave someone too stimulated and energized to have a good night’s sleep.

Routines are important, especially for seniors with Alzheimer’s.

It is crucial for them to associate certain activities with the time of day.

From drinking warm milk to brushing their teeth, anything that can be done regularly in order to signal it’s time for bed is extremely helpful.

It is imperative, however, for the caregiver to know how to moderate their patient’s daytime naps.

Instead of letting someone sleep on their bed during the day, why not get them a recliner instead?

Sleeping on a bed produces deeper sleep than when napping on a couch, which can then lead to a lack of tiredness at night.

It is possible to make noontime naps a positive part of their routine by setting times when they can nap and when they should wake up.

7. Do not provide caffeinated products

Caffeine is a strong stimulant that can disrupt anyone’s sleep. Most people associate caffeine with coffee, but it is possible to consume caffeine without drinking coffee directly.

Soda and even chocolate are some of the best examples of foods with caffeine in them.

For those with Alzheimer’s, these stimulating foods and drinks should only be served early in the day.

This way, it is possible to get a good night sleep by night time.

A person with Alzheimer’s should have uninterrupted sleep. This can only be possible if there are no distractions.

Anything along these lines are important when considering how to create a relaxing environment.

Sleep is a restorative activity necessary for all living organisms, but without it, the effects of Alzheimer’s are increased.

However, through the right management of healthcare providers, family members, and caregivers, Alzheimer’s patients can experience a good night’s sleep.

Though Alzheimer’s disease doesn’t have a cure, it is possible to minimize the impact of the condition.

Getting enough sleep is one of the most ideal things that you can do in order to provide proper care to an elderly patient with Alzheimer’s or dementia.

These 8 simple steps not only guarantee better overall health, but also a better mood and quality of life. 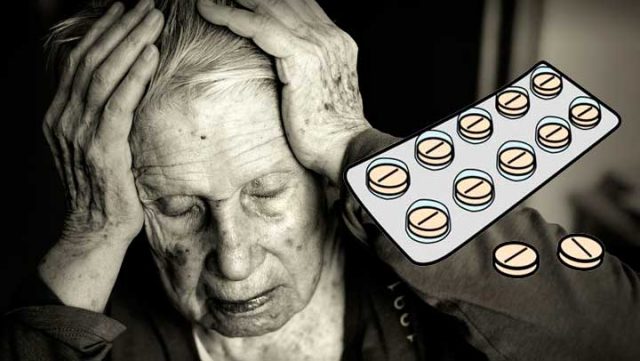