A syndrome characterized by a loss of bladder control that, whether as a consequence or as a symptom of different diseases,

Around seven million people in our country suffer incontinence of which more than four million are women – around 25% of women over 35 and up to 50% of those over 65.

Urinary incontinence has effects not only physically, but also psychologically and socially, having a negative impact on the quality of life of those affected.

In fact, studies have shown that women with urinary incontinence not only have a higher risk of suffering from depression, but also present greater difficulties in carrying out different daily activities – including, among others, the practice of exercise, of having sex or, simply, walking – which entails a feeling of insecurity and a serious loss of self-esteem.

The result is that 86% of the affected population fears social rejection and, consequently, deliberately limits their public activities.

It is estimated that, at advanced ages, it is suffered by up to 75 percent of the population.

In addition, it is one of the pathologies that, according to WHO, most affect the quality of life of patients, surpassing even diseases such as diabetes.

It includes statements such as that 50 percent of cases of urinary incontinence do not receive adequate treatment; This is a pathology that affects 1 in 20 people, and that it is a reversible situation in most cases.

Likewise, it affects the negative effects of said disease at all levels in patients who suffer from it.

As Manuel Esteban, president of the Spanish Association of Urology (AEU) recalls …
“Urinary incontinence is not a normal occurrence in any case, and a solution should always be sought.”

In this regard, the expert emphasized the need to address urinary incontinence through a multidisciplinary approach in which different scientific societies go hand in hand.

The problem of stigmatization:

In the presentation of this decalogue, the president of the SEMG, Antonio Fernández-Pro, emphasized the stigmatization suffered by people with urinary incontinence and pointed out that it is a situation that “has many causes and is reversible in most of the cases”.

He also highlighted the “need to actively fight against this hidden pathology, in which all healthcare professionals should be involved.”

Along the same lines, Carlos Verdejo, vice president of the SEGG, said that “given the very negative connotations of urinary incontinence, there are few consultations on it. Only one third of those affected go to the doctor to be treated. ” He also said that “still in 2020 we only see the tip of the iceberg” in relation to the true extent of this pathology among the population.

We hope you enjoyed this article. And we really have here is an epidemic…INCONTINENCIA.

We might be able to help you out some. Take a browse at our Incontinence Category in ORTOHISPANIA and see if there are any products that may aid you if you have a situation in need of personal care aid products.

Just clic on the foto below… 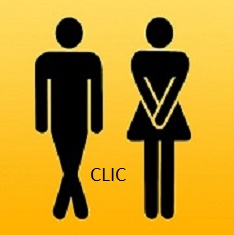