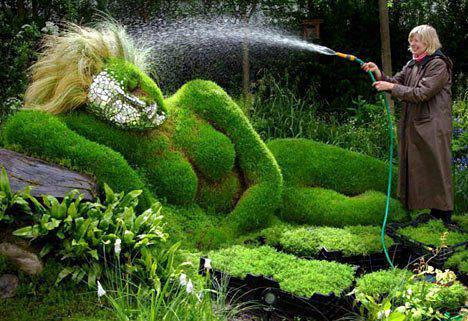 The day, marked on April 22, is observed worldwide with rallies, conferences, outdoor activities and service projects.

Started as a grassroots movement, Earth Day created public support for the creation of the Environmental Protection Agency (EPA) and contributed to the passage of the Clean Air Act, the Water Quality Improvement Act, the Endangered Species Act and several other environmental laws.

The idea for Earth Day was proposed by then-Sen. Gaylord Nelson of Wisconsin, who died in 2005.

This year, the environmental advocacy group Earth Day Network (EDN) has joined forces with the March for Science to organize a rally on the national mall in Washington, D.C. «The day’s program will include speeches and trainings with scientists and civic organizers, musical performances and a march through the streets of Washington, D.C.,»

The first Earth Day was in 1970. Nelson, after seeing the damage done by a 1969 massive oil spill in Santa Barbara, California, was inspired to organize a national «teach-in» that focused on educating the public about the environment.

Universities held protests, and people gathered in public areas to talk about the environment and find ways to defend the planet.

«Groups that had been fighting against oil spills, polluting factories and power plants, raw sewage, toxic dumps, pesticides, freeways, the loss of wilderness, and the extinction of wildlife suddenly realized they shared common values,» according to a history of Earth Day by the Earth Day Network, which was founded by the event’s organizers to promote environmental citizenship and action year-round.

Reflecting on the 10th anniversary of Earth Day, Nelson wrote in an article for EPA Journal, «It was on that day that Americans made it clear that they understood and were deeply concerned over the deterioration of our environment and the mindless dissipation of our resources.»

In 1995, President Bill Clinton awarded Nelson the Presidential Medal of Freedom for being the founder of Earth Day. This is the highest honor given to civilians in the United States.

Earth Day continued to grow over the years. In 1990, it went global, and 200 million people in 141 countries participated in the event, according to the Earth Day Network.

Earth Day 2000 included 5,000 environmental groups and 184 countries. Hayes organized a campaign that focused on global warming and clean energy. «The world’s leaders in Kyoto, Japan, in late 1997, acknowledged the scientific fact that the leading cause of global warming is carbon emissions from fossil-fuel consumption, and that something must be done to address those rising emissions,» Hayes told National Geographic.

In 2010, for the 40th anniversary of Earth Day, 225,000 people gathered at the National Mall for a climate rally. Earth Day Network launched a campaign to plant 1 billion trees, which was achieved in 2012, according to the organization.

Today, more than 1 billion people across the globe participate in Earth Day activities, according to EDN.

The impact of Earth Day 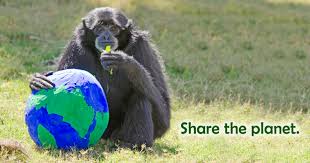 Although Earth Day has become mainstream, surveys show that environmentalism may be stumbling.

According to recent Gallup polls, 42 percent of Americans believe that the dangers of climate change are exaggerated, and less than half say that protection of the environment should be given priority over energy production.

But Earth Day is still important because it reminds people to think about humanity’s values, the threats the planet faces and ways to help protect the environment, said Susan Clayton, a professor of psychology and environmental studies at The College of Wooster in Ohio.

«Thinking about the history of environmental activism and the way individuals have worked together to change policy can make us more optimistic about the ability to make positive changes in the future,» Clayton said.

Mia Yamaguchi, outreach coordinator at the CoolClimate Network at the University of California, Berkeley’s Renewable and Appropriate Energy Laboratory, agreed. «There are many, many things that any one person can do to manage their own environmental impacts, which I think makes it really different from worries like the national debt or U.S. foreign policy,» Yamaguchi told Live Science in 2011.

In those cases, «I can probably write a letter to a politician, maybe donate to a cause,» she said. «But if I actually start looking at what it would take to improve my vehicle’s fuel efficiency by 5 miles per gallon, that makes a big difference.»

The CoolClimate Network has a variety of online widgets for people interested in calculating their own energy footprint. 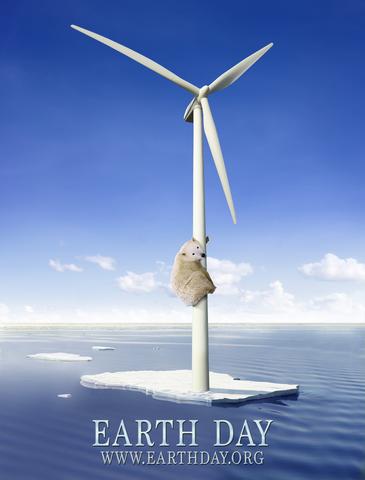 Each year, corporations and activists create new projects, initiatives and campaigns to protect and restore the Earth. Children in the United States often celebrate by creating Earth Day-themed crafts and school projects.

Here are some Earth Day ideas from people around the country:

There are two simple ways to celebrate Earth Day to make the world a little better,» said Nathaniel Weston, an associate professor of environmental science at Villanova University.

Kate Williams, CEO of 1% for the Planet, one of the world’s largest environmental networks, told Live Science that anyone can make a difference on Earth Day by simply incorporating little changes into their daily routines.

These are just a few simple ways to make a positive impact for yourself and for our Earth,» Jennifer Barckley, director of brand communications and values at The Body Shop, a chain of bath and body products, told Live Science.

«A simple way that everyone can celebrate Earth Day to make the world a better place is to turn off the lights in their own homes and in their offices … not just sometimes, but all of the time,» said Helene King, a member of the LifeBridge Health hospitals’ Health Green Team in Baltimore. «It may sound simple, but how many times have you left the lights on when you could be saving energy?»